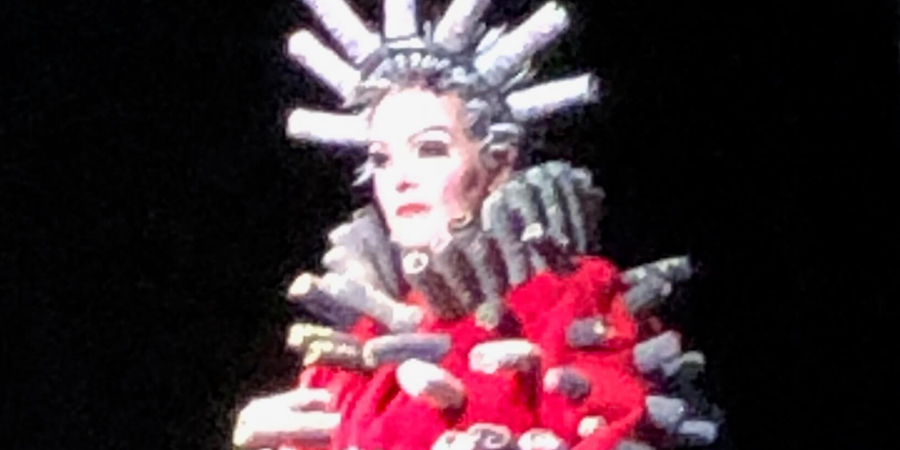 The women who lived in Marrakech in the ‘70s have started to gather together every year after one of our dears passed away, taking turns to be exposed to one or the others life, surroundings and activities. This year it is Carol McCreary’s turn. Kinza had told me for years about the amazing wearable art show held in an old Army base in PT and I couldn’t wait to see it!

Ruth Ann, her sister Melanie and I met in Seattle to have a couple days to see the cultural sights with Seattle based Kinza. This included wandering her neighborhood, where the flowers were bursting with fragrance and color. Then we explored the Olympic Sculpture Park, an outdoor sculpture park that skirts along the Bayshore,  Japantown, where I score Pokemon card binders for grandson, and later after an amazing meal, we visit The Chapel of St. Ignatius that looks as if it was built in Timbuktu.

The next day we car/ferry it to Pt. Townsend, where a resplendent meal awaited us, and the gathering began. The next day we stopped at one of the First People stores and Totem carving workshops. It was fascinating to see how they assemble the work and are training young people to carve. We then hike to falls in the Olympic Peninsula. The Nature is over the top there, deep and ancient, I am touched by the snow-covered peaks , really volcanos, that poke up on the horizon everywhere you look.

The Wearable Art show is a long procession of themed work, modeled by the makers and their friends, young and old. Many of the pieces showcased the perils being wrought upon our Planet, others were whimsical uses of everyday materials. A couple of the works done by younger girls were so moving in their strength and power, it lent hope for our future.

This program highlights and supports arts in the schools and is a wonderful vehicle of expression for the youth.  The show gave the use of fiber arts the respect it deserves.  I recommend a visit to the Olympic Peninsula and including the show as one of your activities while you are there!